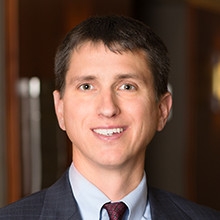 Past cases include the successful prosecution of a multimillion dollar fraud claim related to the acquisition of a Chinese pharmaceutical entity, the defense of a company accused of fraudulently billing the Department of Defense, the settlement of a dispute regarding the dissociation terms of a LLC, the negotiation of a division of corporate assets, and the defense of a corporate entity accused of wrongful employment termination and the withholding of wages.

Successful representation of local property investor against a large institutional lender who sought over $3,000,000.00 in damages and alleged violations of 18 U.S.C. 1962, the civil Racketeer Influenced and Corrupt Organizations (RICO) Act. Tom Brennan prevailed in a motion for summary judgment dismissing the plaintiff’s claims and recouping overpayments made by the client to the institutional lender. Instead of facing liability in excess of $10,000,000.00, the client recovered significant funds from the lender.

Successful representation of real estate developer who was defrauded by his business partner. Tom Brennan filed suit and secured a $2,600,000.00 judgment for the client. In proceedings to enforce the judgment, Tom assisted law enforcement in prosecuting the defendant. The client ultimately recovered on his judgment, and the defendant was convicted by state prosecutors and served a prison sentence.

Department of the Army Debarment Proceedings

Successful representation of Iraqi government contractor accused of improper bidding practices during the reconstruction of Iraq. After an investigation, Tom Brennan negotiated with the Army’s Procurement Fraud Division officials and provided an analysis and supporting documentary evidence undermining the Department’s allegations. The matter was resolved by way of an administrative compliance agreement rather than debarment.

Successful civil litigation defense, in the Western District of Washington, of a civilian Department of Defense (DoD) employee who was wrongfully accused of violating free speech rights of anti-war protesters and making false arrests of anti-war protesters. Tom Brennan secured dismissal of the Bivens claim and has briefed and argued various aspects of the case before the Ninth Circuit Court of Appeals.